Really? You're writing about The Bay City Rollers? 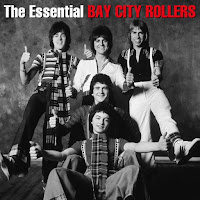 I was of the generation who watched all the girls in school drape themselves in tartan and swoon to the sounds of The Bay City Rollers, I of course, sneered along with the rest of the guys at the total tat that they represented. With Les McKeown's passing at 65 time to own up. They were OK... At least they were no worse than many of their contemporaries. A bit of glam, a bit of leftover 60s pop, and the first twinkle of the sort of new wave and power pop that hit the charts about 1978.

Rollers rehab started for me with the first edition of John Borack's "Shake Some Action". While acknowledging the more "production line pop" aspects that crept at the height of their popularity to feed the beast of Rollermania, Borack highlights some of the gems in their catalogue. If you're having a tour round Spotify then the album to try is 'The Essential Bay City Rollers'. Most of the compilations were created over here and miss the US only singles which is where the Power Pop heart of the band lies. 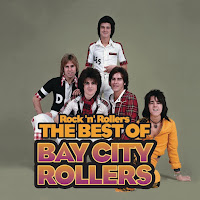 Borack suggests 'Rock and Roll Love Letter' and 'Yesterday's Hero'  as the places to start. I would add, 'Saturday Night' and a few others spread either side of 1975 when they were at their most popular and they could have sold a reading of the phone book. Listening back to some of the material pumped out then you have to wonder how they got away with it. See if you can spot the rip offs of that mid 70s pop classic 'Beach Baby', there are two...

Record Collector interviewed McKeown at Christmas 2019 and were open mouthed at the idea of musical credibility coming the way of the Rollers. But with a pretty general reappraisal of the pop of the era well underway, why not? If some of the grosser missteps of Prog acan get a second chance why not the Bay City Rollers?

'The Essential Bay City Rollers' appears to be a digital only release but Amazon has the same album packaged as 'Rock N Rollers'. With the money making excesses of their manager Tam Paton in mind last night it was £4.99, today it's £8.70...

The Record Collector interview with Les McKeown is here.

Following my look at the Power Pop scene last week, here are a few more gems that have come to my attention.

Parts of this sounds for all the world like the start of The Smiths ‘Hand in Glove’. Not that that is a bad thing, and the whole jangly guitar 80s feel works for me. There is a universe where this song is number one. Bits of Lloyd Cole, and lots of Bananarama. This can go on the get set for Summer playlist. Follow Inky Nite here.  Not on Bandcamp, but you can find them on Spotify here.

Macca Taylor - How It Goes 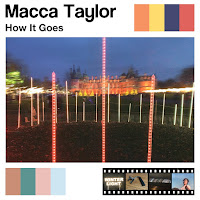 A far more 60s vibe. A nice up-tempo groove with a nice Vox organ sound going on behind the acoustic guitar. As Taylor points out a “beautiful bassline from my mate Jamie.” No surprise that he’s from the home of fab sounds – Birkenhead – classic English pop music. The lyrics are an ode to confusion he says, nothing confused about his music though. Follow his Socials here. Find his two releases on Bandcamp here. 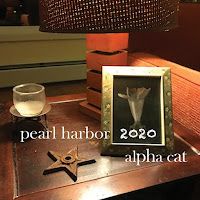 Much tougher than the previous two songs. This song is updated from a 2001 release. The Original pearl Harbor was produced by Fred Smith of Television, and this has the stamp of professionalism, and a great bassline. I’ve been listening to this album all week and can’t recommend it highly enough. Best of all it’s on Bandcamp. Buy it here.

Now I know nothing about football, and this is tribute to Macclesfield Town FC. So, while the lyrics are a little lost on me the music isn’t.  You will listen to a lot of music before you hear a better line than “This is why Macclesfield is so great”. The 70s sound is just brilliant, with bits of Mellotron going on in the background. I still don’t get football, but who cares when the fans produce music this good. Also, on Bandcamp and on the Facebook here.

So over two weekends we have found that pop, especially that peculiarly English brand of jangly guitar stuff known as Power Pop is alive and well and living just under the radar waiting for you to find it.

No matter how hard they try some musical sub genres remain firmly under the radar. That doesn’t mean they don’t have a fan base ready to hoover up every morsel offered to them.

Back in 1997 John M Borack published ‘Shake Some Action: The Ultimate Power Pop Guide’. Described as “the definitive overview of all things jangly, harmony-drenched and rock” it sold out at least 2 print runs, and last year an updated version appeared. I bought the original back in the days when postage form the USA wasn’t wallet freezingly expensive, and really wish I’d had the cash to buy the new one, but…

60s and 70s influenced pop is bubbling away quite nicely at the moment with some cracking songs available if you know where to look.

Neil Jackson describes his band as “indie sunshine pop”, and the bouncy guitar and swooping strings would have made this a fixture on primetime TV in 1975. This is definitive Power Pop, music to make you feel good with no pretensions to anything other than that. They say their influences are Blondie, The Supremes, the Beatles, and The Cure, and yes, they are all in there somewhere, without clashing. The song drifts along like a lazy day at the beach, Cromer beach in tropical Norfolk it seems. If you remember the song ‘Beach Baby’ from the mid-70s, Delta High are living in the same world of high school hops and drive in movies with the girl next door, what’s not to like about that. ‘Let's Go to The Beach’ started life on their 2019 album ‘Superfluity’ which has a number of other delights on it. Find them on Spotify, but don’t forget to pay real money as well please.

Daniel Lerner – ‘There's Something I Wanted to Say’

A more modern take on the Power Pop formula is Daniel Lerner’s debut album. A seven-track release with some wonderfully languid songs, in ‘I’ll Be Patient (If You’ll Be Kind)’ and ‘Young’. Guitar based pop that reflects an earlier age but is very much of the moment. He saves the best song until last with ‘Speakeasy’. Straight out of 1979, you could hear The Knack and 20/20 doing something very similar on college radio all day I’m sure. You might think that coming from New York gives Lerner an unfair advantage but it’s one he plays to great effect. You know when you listen to a song and think “they don’t make them like that anymore”, well Daniel Lerner does, and he’s here to brighten up your summer.

As Daniel is on Bandcamp you can go there to get the album, you know it makes sense. You can follow him on Facebook and Spotify, but if you’ve been reading here for any length of time you know the right choice…

Mark Houston - ‘The Way It Goes’

From Spokane WA, Mark Houston’s new single opens with a Melodica solo, which means it stands out from the guitar crowd straight away. It settles into an easy groove and has that hallmark of a great pop song, it’s too short and you rewind and play it again straight away. Houston says that the song was influenced by listening to Bill Withers, and I’m getting the feel of Withers’ ‘Use Me’ here with the Clavinet replaced by the guitar riff. As with the other songs reviewed here the influences are not worn on his sleeve but are reference points that make this familiar yet new, another sign of a properly great pop song. The words are a bit darker than the average Power Pop song, but that’s another tick in the fab pop song box. This may be my single of the first quarter of 2021.

Another man for Bandcamp. Please bear in mind another of my little mantras: “Name your price doesn’t mean free”.  Facebook is here and Spotify if you must.

So, 3 songs to get you set for the summer, which at least in Clevedon seems to start in April these days so, let’s go to the beach, when it’s safe and legal to do so…

Tim Martin
I have lived in Clevedon for over 25 years (not always in a shed), and been in business for nearly 7 years (always in a shed). After 20 years working for a couple of large family firms, I found myself in a huge corporation, at which time I decided to run away and do some real work. When I'm not working, music is my main interest (or obsession according to some) I do books and films, not bothered by T.V. prefer radio. I buy too many magazines.